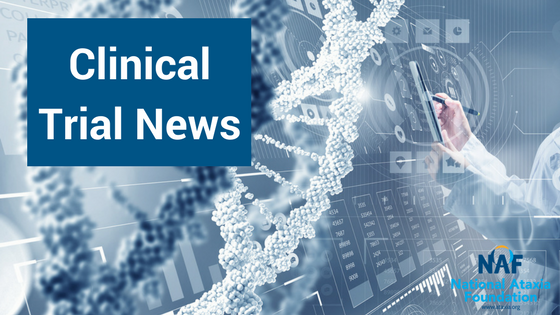 BIOHAVEN OPTIMISTIC FOR NEXT PHASE OF TRIAL DESPITE DISAPPOINTING TOPLINE DATA

As NAF previously reported, BioHaven Pharmaceutical Holding Company Ltd. recently completed its 8-week trial of dosing for its drug compound trigriluzole. This is the largest clinical trial for Spinocerebellar Ataxia (SCA) to-date. During the 8-week randomization phase, either the compound or a placebo was given to 141 adults across the U.S. with SCA. Recipients were unaware which they were receiving during this portion of the trial. This phase of the trial compared trigriluzole to the placebo, measuring their impact on Ataxia symptoms.

On October 2, 2017, BioHaven released topline data indicating that trigriluzole did not differentiate from the placebo in treating Ataxia symptoms, according to SARA scores, during the initial 8-week phase of the trial. A higher than expected rate of placebo response may have hampered the ability of the study to detect a signal and Biohaven is performing additional analyses to better understand the effects of trigriluzole on Ataxia.

The trial did show promising results for safety and tolerability of the compound. BioHaven remains hopeful that trigriluzole will have positive outcomes as a long-term nerve-protecting agent, thereby slowing the progression of Ataxia. BioHaven reaffirmed their commitment to the Ataxia community, as well as their compound, with their plans to see the study through to completion of the 48-week extension phase.

WHAT HAPPENS IN THE EXTENSION PHASE?

REASONS TO BE HOPEFUL FOR THIS PHASE

Community support is vital to the work that NAF does. Our generous donors help us fund promising Ataxia research and offer support services to people with Ataxia. Your gift today will help us continue to deliver on our mission to improve the lives of persons affected by Ataxia.